Loving what I do is always special to help others with all that I can.    Many wonderful people,  I have the opportunity work with adds Amazing blessings to my life.   Notary, Real Estate, Mortgage, Property Management is a small list.   Have a Super great day!  Thanks for all your business and referrals, Karen

It is not always in the best interest of you, the client to sale and this is where I will do what is best for your &  your family.   Whether your property is in a Trust,  there are many reasons that management is key, you will surprised at how reasonable it is to have someone do all the work for you.  Call me today so we can give you peace of mind, less headaches & help secure your property now,  thank you, Karen 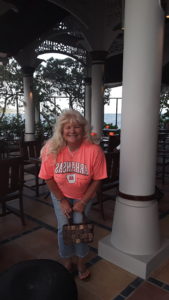 I thank you Lord,  you are not a God of comparison, you are Unconditional love.  Daily your word says, Psalm 68:19 Blessed be the Lord, who daily loads us with benefits, the God of our salvation.   In Philippians 2:12 He longs for us to work out *Your own Salvation.   God is a personal God who knows our everything, loves us, accepts us and wants to be our Best Friend.   I truly desire that we grow in His grace daily, my pain, I endure with heartaches for loved ones is ONLY bearable with Christ Jesus besides me.   What ever you are going through, He is with you the *Moment* you call upon him.  Please know you can call me & I will pray with you.

Hi Thank you for visiting my simple website!   Please call me or email me at (562) 304-6169 or Karenreanotary@gmail.com for the fastest response.   We do offer Property Management services for single family residences or Multiunit Apartments,(this maybe the best for your situation).   Listing your property, I am grateful to have offers within hours with pricing your hope properly.  Blessed with fast moving properties, excellent escrows.  Locating you and your family a new property requires some due diligence:  Checking property histories, HOA, Setting Appointments, helping you with Home Inspections and dealing with unforeseen warning signs has been a specialty too.   Here when you need me or our office LS Real Estate, Inc.  Make it A great day or evening, always, Karen (562) 304-6169

Allow the word to be your guide each day! Philippians 2:5-11New King James Version (NKJV) The Humbled and Exalted Christ

5 Let this mind be in you which was also in Christ Jesus, 6 who, being in the form of God, did not consider it robbery to be equal with God, 7 but made Himself of no reputation, taking the form of a bondservant, and coming in the likeness of men. 8 And being found in appearance as a man, He humbled Himself and became obedient to the point of death, even the death of the cross. 9 Therefore God also has highly exalted Him and given Him the name which is above every name, 10 that at the name of Jesus every knee should bow, of those in heaven, and of those on earth, and of those under the earth, 11 and that every tongue should confess that Jesus Christ is Lord, to the glory of God the Father.

Even when we lack, fail, fall, make mistakes, God is always faithful when we Confess our sins!   He is able to cleanse us from all unrighteousness.    1 John 1:9

Simple, easy and just a phone call away (562) 304-6169  We will walk you through every step of the way.   Have an amazing day, count your blessings and Trust God to guide you when you do not know what to do.  Selling your home may not be your best option, maybe to leasing it will an alternative, I look forward to speaking with you soon, Thanks, Karen